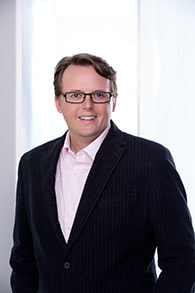 Jacob Vogel - Music Arranger
Professor Jacob Vogel was recently named as Director of the USC Trojan Marching Band, the first to be new to the position in over 50 years. This appointment followed a 12-year tenure as a teaching assistant, assistant director, associate director, and arranger with the program. Vogel also serves as an Associate Professor of Practice in Winds and Percussion with the Thornton School of Music. In his former position as the Trojan Marching Band’s Associate Director and Arranger, Vogel divided his time between creating contemporary arrangements and contributing to the members’ continuing music education. Vogel’s arrangements have been electrifying the Coliseum for over a decade, and his student-centered approach to music teaching and learning have had tremendous effect on the program. Vogel’s artistic vision has been instrumental to the success of his collaborative efforts with the Thornton School of Music’s Popular Music Program, the Kaufman School of Dance, X Ambassador’s Sam Harris, Fitz and the Tantrums, composers Ramin Djawadi and Alan Silvestri, as well as Angelina Jolie and Mark Hamill.

Previous to his full-time post at USC, Mr. Vogel served as an adjunct faculty member at Chapman University’s Hall-Musco Conservatory of Music, teaching undergraduate courses in ear training and music theory. In his final semester with Chapman University, Vogel was awarded the “Shaun Naidoo Legacy Award,” a distinction voted on by the student body, which is intended to honor a faculty member who has made a substantial impact on the students and has had a positive effect on the Conservatory of Music. While in his undergraduate studies at Chapman University, Mr. Vogel founded the “Pride of Chapman” pep-band, a 40 piece ensemble whose style and energy have brought life to that campus. Vogel served as director and arranger of that ensemble for seven seasons following his graduation from the university. In addition to his posts at Chapman University, Vogel acted as the coordinator for the Frederick Fennell Wind Studies Program at the Orange County School of the Arts, as well as teaching courses in music theory and ensemble performance.

Vogel has received a Master’s Degree in Music Education from USC’s Thornton School of Music, and Vogel is currently in the process of writing his dissertation for a Doctorate of Musical Arts in Music Teaching and Learning, under the careful tutelage of Drs. Susan Helfter, Beatrice Ilari, and Peter Webster. Vogel also holds Bachelor of Music degrees in Music Education and French Horn performance from Chapman University’s Hall-Musco Conservatory of Music. Upon his graduation from Chapman University, Vogel received the Conservatory of Music Award. During his studies in music education, Vogel actively studied conducting with exemplary master teachers, including Daniel Alfred Wachs, Joe Modica and Larry Livingston.

Vogel is an active clinician and adjudicator, working with groups such as the Trombone Shorty Foundation, the Orange County Youth Symphony Orchestra and Affinity Group Tours, a Canadian-based tour company that specializes in musical tours in the United States and throughout the world. Vogel was born and raised in Southern California and currently resides in the San Gabriel Valley with his wife and two children. Vogel enjoys spending time with his family and is an avid movie fan.